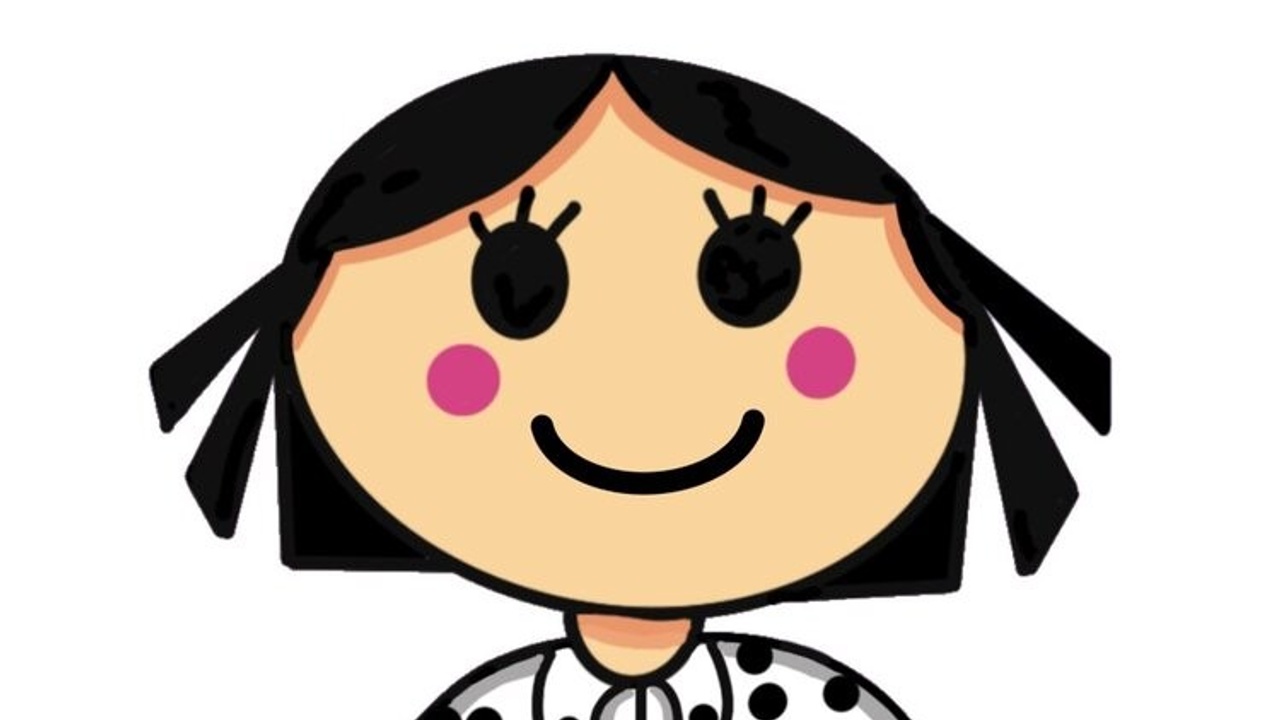 An Interview: What It's Like To Not Be Able To Smell

Have you ever wondered what it’s like to navigate the world and not be able to smell? Imagine you’ve never smelled anything, ever, because your world was missing this sense since birth.

Well, I had the great fortune to sit down with Yazmin Salazar, aka The Girl Who Can’t Smell, who’s a congenital anosmic. She’s been navigating an odorless world since day one and is trying to bring awareness about anosmia to those of us who can smell while at the same time building a community of fellow anosmics.

There’s a lot to learn and understand about living an anosmic life and I hope you’ll find this interview as interesting and eye-opening as I did. So let’s dive right in.

So, tell me, what type of anosmia do you have?

I have what’s called congenital anosmia, meaning you’re born with no sense of smell. If you’ve never had any recollection of smelling then you’re also in this category.

And when did you first discover that you couldn’t smell anything?

It was in the 2nd grade. I was 8 years old. I remember that I won a pack of scratch n sniff stickers from my teacher. The other kids were as excited as I was. They gathered around and we were all sniffing away. I could see them all smiling as they were sniffing and saying “umm” and “ahh”. I’m sniffing and sniffing, but I can’t smell anything so I just mimic their reactions because I don’t have any of my own. I’m trying to figure out what just happened. I think that was the first realization I had that I couldn’t smell. I remember wondering if the other kids wouldn’t want to be my friend if they knew. Or would they think I was weird?

So once you knew, when did you first tell someone that you couldn’t smell?

I kept it to myself until I was 11 years old. I wasn’t ready to tell anyone that I was different. I just mimicked other people’s reactions. That’s how I protected myself. I would “fake smell, especially when it was bad smells and classmates were complaining. I had to read everyone else’s facial cues, physically pinching my nose to fit in.

But then, when I was 11 years old, I finally told my mom. She didn’t really understand it, but she supported me. I had a “designated nose” (a person who can smell for you) early on. It was my older sister. I remember we went to the zoo one time and there was this machine that had you guess the scent. Well, I couldn’t smell anything so I was constantly getting my sister to tell me what she was smelling. She would always say “what do you mean you can’t smell? Try harder.” And I’d try smelling, but nothing. I decided I wasn’t going to tell anyone else. So, only a few people knew I couldn’t smell.

When did things start to change and you began talking about it more?

It was when I was a teenager. I was told “your body’s going to change”. You’re going to smell. Your hormones will trigger odors. I told my mom that I didn’t know when I was producing odors or when I smell.

So, how do you compensate (adapt) for no sense of smell in your everyday life?

Mainly I ask other people to help me. I have them smell things for me. That’s my #1 recommendation for anyone with anosmia. That’s what’s worked for me the most. At first it was really difficult for me to ask other people for help because I wanted to make sure I trusted them enough, or that they really understood, and weren’t making fun of me. I needed to make sure they believed me.

What are your biggest frustrations? What should people understand?

So many people make fun of me. I’ve read so many people’s anosmia stories and people have talked to me that have grown up with congenital anosmia and they’re like “nobody believed me”. I was like “right?!” and that’s the most frustrating part.

It’s important that people believe anosmics when they tell you that they can’t smell.

That’s when you just go “why wouldn’t you believe me?.” I mean, if someone’s blind, you’re not going to tell them they can’t see. Just like you wouldn’t tell a deaf person they can’t hear.

There are a lot of us who are in hiding.

Part of the way I’ve coped is through humor. Because if you take it too seriously it doesn’t always help. I spend a lot of time doing trial and error, trying to see if a given environment has a smell or not. Is there something I should be aware of?

So, when you walk into a room, you’re always analyzing the space?

Yes!  As I’m going through the day, I’m constantly assessing. There’s a funny story I want to share. There was a time when I moved into a new house. I dedicated an entire room as my walk-in-closet. I remember I had everything set up so nicely. My shoes, my jewelry, my scarves. And I was so excited to show all of my friends. “Come in, check out my walk-in closet. It’s so beautiful”. And then when my friends came, I noticed they had this weird look on their face. I’m always looking at people’s faces to gauge a reaction. And someone finally said “Yaz, it stinks like feet in here”. And I was like “huh?” That never occurred to me that if I had a walk-in closet full of shoes that it could smell.  I learned pretty quickly to buy those odor eaters. Although they don’t always work. I thought “I didn’t catch that one, but now I know”.

What did you do to fake that you can’t smell?

I used to always fake it, to be honest. Especially when I was growing up. When I was younger, in my teens, in high school. I would fake it. I was very selective as to who I would open up to.

For example, a friend would buy a new perfume and she would announce it and I would just say “wow, it smells so good. That’s great, can I have some?” But as I got older I didn’t do that so much anymore.

Do you tell them now that you can’t smell when you’re with them?

It depends. Mostly I just tend to agree with people, especially if it’s small talk and I can’t be bothered to explain my situation. It’s not always relevant really. Often people who know I can’t smell will forget and say “oh doesn’t it smell delicious in here?”.  I usually just agree with them because I don’t want to explain myself.

What have you realized about not being able to smell?

I realize that a lot of people bond through scent. It’s a way for people to talk to each other about something. Like admiring the sunset, it’s another way of bonding. So, interestingly, I think one of the reasons I was so attracted to my husband was that he’s a very visual person. He’s an artist and I really liked the visuals he was creating. So I was able to bond through sight instead of smell.

How would you feel if you could gain your sense of smell?

I feel like I would be overwhelmed. I’ve asked myself this question. I’ve asked people around me about scents. I’m very curious. How does smell work? Do you get all these smells blasting your face all the time? And they tell me, no your brain adapts and takes just a few odors at a time.

How do you depend on your husband to get you through day to day?

He’s my “designated nose”. He’s very understanding. I won’t ask him to smell something unless I’m really worried about it. It’s mostly the bad smells, of course. For instance, if I have a shirt that I’m really doubting if it’s clean or not (I maybe wore it for a 1/2 hour only). I feel bad that I have to ask him. That he has to smell something that’s not going to be a good experience for him.

I mean, think about, if someone was always asking you to look at something disgusting (a bloody person or something), you wouldn’t enjoy that. He’s very understanding and patient.

How can we, who can smell, support those who can’t smell?

I would ask for understanding and patience. That’s what I would ask of people if they want to know how to help. It’s usually bad scents that we’ll ask you to smell. But we’ll also ask you about the good scents, like “what do flowers smell like?”. What do you like most about the rain in terms of how it smells? If people can tell me more about how scents smell, that’s great.

So do you like it when people describe smells for you?

Yes because it helps us so we can imagine what it might smell like. At least for me because I’m very curious. I like to learn and I like to know things. The information adds dimension to my life that I don’t usually have.

I like to analyze what certain settings might smell like. It helps me if people describe it in terms of taste instead of describing it in terms of other smells because I wouldn’t be able to understand that. I have the 5 basic tastes: sweet, sour, bitter, salty and umami. For example, if I ask someone what bubble gum smells like, they would say “it’s very sweet”. It’s like if you put sugar on your tongue. That’s how it smells. That helps me.

One of the things I try to teach people at my workshops is how to talk about scent. It’s very difficult for people to talk about what they’re smelling.

Yes, that could really help people who live with an anosmic person. That way we could get more dimension and have it described in a way that we anosmics can actually understand and relate to.

Do you have a good system in place to manage spoiled milk or food?

I don’t drink milk. I drink almond milk. Otherwise I keep an eye on the expiration date.

Do you think there are clues as to whether or not a person is anosmic?

I’ll tell you another story. One time I microwaved some fish for lunch while I was at work. I didn’t think anything of it really.  Then everyone started complaining “who in their right mind would microwave fish”? Now everyone in the office knows I can’t smell.

Well, I want to thank you so much for talking with me today. It’s been so insightful. Where can we follow you to learn more and keep up with your adventures?

You can go to my website www.girlwhocantsmell.com where I have a lot of information about anosmia. I also have a blog and some funny memes. I also have a podcast called “The Girl Who Can’t Smell Show” where I tell lots of funny stories about living with no sense of smell.

I hope you enjoyed this insightful interview as much as I did. I’m very grateful that Yazmin was willing to be so open and share her story. In the comments, let me know what you found to be most helpful. Did you learn something new?