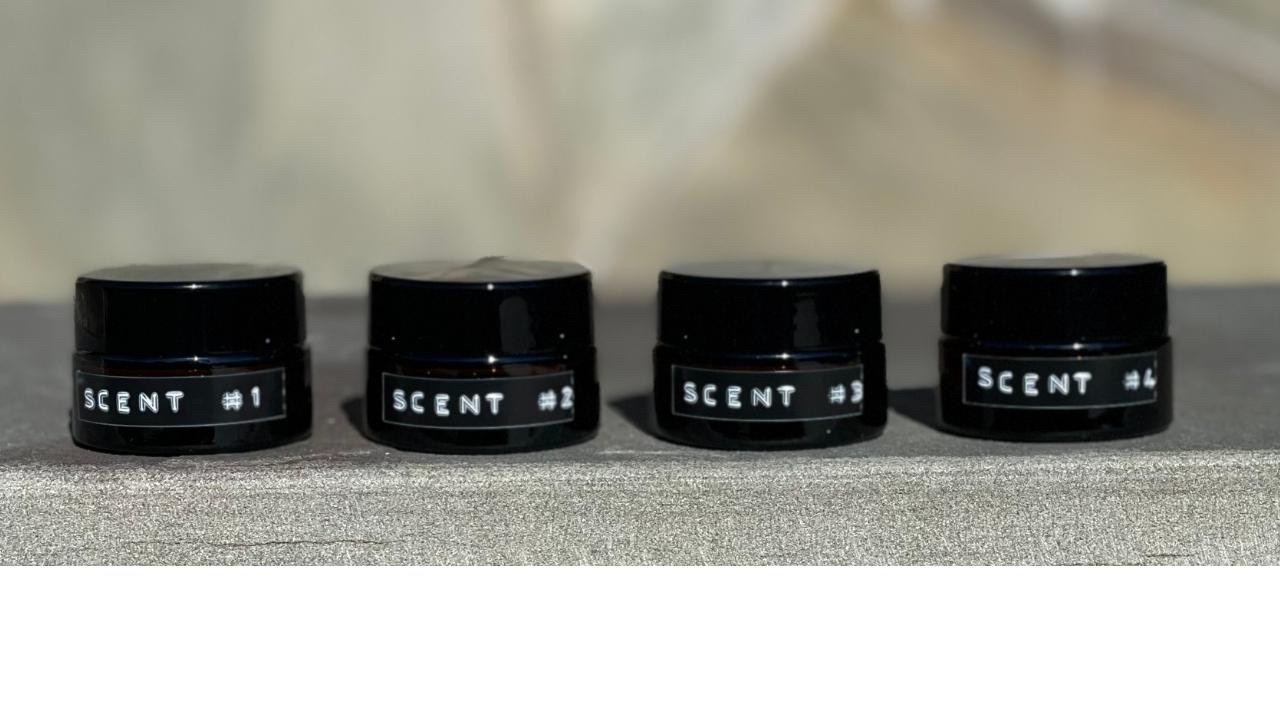 You may have come across the term “smell training” quite a bit over the past couple of years because of COVID-19, as smell loss is one of the symptoms of the virus. Sometimes it might even be referred to as olfactory training or smell therapy. Well, while there’s certainly no instant cure for smell loss as of today, scientific studies have shown that smell training is one of your best shots at smell recovery. And it’s a safe, inexpensive therapy that you can do at home.

What is Smell Training?

In simple terms, smell training is a therapy for those who've lost their sense of smell, whereby you actively sniff the same 4 scents, twice per day, for an extended period of time, with the aim to produce an overall increase in olfactory function. Let’s go through what that means exactly.

First of all, it’s important to note the training is designed for people who’ve lost their sense of smell. Then there’s the aspect of actively sniffing - why actively? Why sniffing and not inhaling? What does that all mean? And you’re training with 4 scents - what are those 4, does it have to be certain ones or can it be anything?

Generally speaking, the training involves using essential oils, but many people use aromatic substances, like spices and herbs, that they find around their home. The training itself is twice per day, every day, for an extended period of time. It’s not defined because it really depends on how quickly you’re recognizing the odors. Everyone is on a different timeline.

How Does A Normal Sense of Smell Work?

So what actually happens when you smell something through your nose?

And here’s what’s really important: the olfactory receptor neurons are the only neurons in your entire body that get regenerated throughout life. They actually have a limited lifespan of about 30 days and are replaced by multiplying stem cells. So basically, under normal circumstances, you get a new nose every month. It’s with certain types of smell loss, like for instance from a post-viral infection, that those neurons are most likely not being regenerated. There may be other reasons as well, but that’s a common one.

Once the odor molecule interacts with the olfactory receptor neurons, something really cool happens - it’s called transduction - which means the odor is transformed from a physical structure (because odors in the air are physical, chemical substances - actual things in the air), and they’re transformed into an electrical activity. It’s this transduction that allows the odor - that physical chemical - to interact with your brain.

And now you’ve got these electrical signals, what happens next? Well, your brain doesn’t want to get bombarded with millions of electrical signals. I mean, imagine all the odor molecules that enter your nose in a day. So, instead your brain is helped out by an organized signal from a cluster of nerve endings in the olfactory bulb. The olfactory bulb is where odor processing (or odor mapping) first happens.

That’s proper olfactory function, to be able to detect an odor, and also be able to identify it. I’d like you to keep this basic understanding of our sense of smell in mind as I tell you about smell training.

Who Can Benefit From Smell Training?

Most of the scientific research on smell training has been done with people who’ve lost their sense of smell due to a post- viral infection like a cold or flu. The different viruses that cause the common cold and flu can damage and interfere with that olfactory epithelium that sits way in the back of your nose. But now post-viral also means COVID-19, because it’s a respiratory tract virus.

The good news is that most people who lose their sense of smell through COVID recover within 4 weeks. But the statistics are showing that about 10-17% have continued smell loss and don’t, in fact, recover spontaneously. And what’s notable is that many people report parosmia during recovery.

Parosmia is when you have a distorted sense of smell, so you can start to smell, but things smell awful. Certain foods you eat taste like garbage, coffee smells terrible. Even smells in the air are distorted, they’re altered, in a bad way. But it’s actually good news for most, if not all, people because it’s a sign that your sense of smell is trying to recover. Those olfactory neurons are starting to wire with your brain, albeit incorrectly, but eventually that wiring is hopefully restored. So, smell training can be helpful for those with parosmia as well.

What’s The Goal of Smell Training?

There are two main goals for the therapy. One is odor detection - being able to detect the odor. It’s about trying to rewire the brain; making the neural connections and reactivating that switch where the physical chemical odor molecule gets transformed to an electrical signal that the brain can detect.

Secondly, we’re looking for odor recognition - being able to identify what the odor is. We want the odor to trigger a response from the cerebral cortex - the place where we process language - so we can say “ah this is lemon, or this is rose”. Having strong odor detection and odor recognition is considered having good olfactory function.

What happens with smell training is that you’ll usually be able to detect an odor first, but you might not be able to make it out as a lemon or a rose immediately. It’s usually a distorted smell when you first do recognize an odor.

The Scientific Evidence for Smell Training

The pioneer of studying smell training for smell loss was Dr. Thomas Hummel, an ear, nose, and throat doctor and a researcher at the Smell and Taste Clinic in Dresden, Germany. He hypothesized that regular exposure to distinct scents could help people regain their ability to smell. The hypothesis was that smell training should produce both an improved sensitivity to the odors used in the training and it should improve the overall smell function.

Of course, they tested their ability to smell both before and after the 12 week period to assess the progress they made. They tested for how well they could perceive the 4 odors, as well as tested for odor discrimination and odor identification. What the results showed was that, compared to the baseline of doing no training, patients who did do smell training experienced an increase in their ability to smell. So, that was really exciting and those results gave scientists the first bit of confidence that a structured, short-term exposure to selected odors may increase sensitivity to smells.

Since that initial study, more than 20 studies have demonstrated some improvement with smell training. And there’ve been numerous other studies conducted on different aspects of smell training, including how long you should do smell training, and whether or not you should swap out the odors that are used.

Is Smell Training a Guarantee You’ll Recover Your Sense of Smell?

Unfortunately, not everyone has success with smell training. It could be that your sense of smell is just simply not able to make those neural connections in the brain for some reason, or something is physically broken within the olfactory system itself that can’t be repaired. There could be all kinds of different physical reasons it won’t work.

But there could be psychological reasons as well. There are many people who simply give up on smell training early on, which is understandable because it’s really hard to smell 4 jars twice a day every day for weeks on end and not smell anything. That’s very challenging, and makes it understandable for someone to say “why bother?”. Even if you’re motivated to keep going, a lot of people make mistakes with smell training as well, which doesn’t help the cause. To put it bluntly, smell training is hard, and it requires focus, motivation, persistence, and a little hope.

Smell Training Is Hard But Worth Trying

The truth is that smell training is hard. That’s the part nobody wants to talk about. I just want to leave you with a quote from Nelson Mandela, “It always seems impossible until it’s done.”

Yes, regaining your sense of smell may seem impossible, but what if, just what if it was possible. Isn’t it worth a try?

Are you finding it difficult to stay consistent with your smell training? Then learn about my 21-Day Jump-Start Smell Training Program which is designed to help you learn how to make smell training a habit. Learn more here.